We may already know
the biggest blunder of this century

When was it possible to understand that the corona virus could be dangerous?

Health experts throughout the world got information about the coronavirus at the end of 2019.
Thailand started health checks of China travellers on January 3, 2020. Taiwan even started health checks on flights from Wuhan on December 31, 2019. So their health experts understood the danger immediately or very quickly, as did their colleagues in Hong Kong, Singapore, South Korea, Vietnam and other West Pacific countries…

Do European specialists have any excuse for not warning early in 2020?

Not at all, for a very clear reason. The scientific community is since long globalised and has all means of communication. No expert can argue not to know about how colleagues in East and South East Asia reacted.

Do experts in Europe or elsewhere have any excuse for underestimating the danger of this virus for a long time? Or even deny it by comparing it to a flu?

No, they haven’t any excuse. Because competent scientists and experts are perfectly capable to learn about and understand dangers, risks or good practices that are reported, described or experimented by others.
Qualified experts are used – or should be used - to share scientific knowledge through publications, congresses, forums etc. Society and politics must be able to rely on their competence.

What about the argument of experts in Europe not to have the same experience with SARS coronavirus in 2002-2003?

That’s certainly not a valid argument. If these experts do feel insecure about their knowledge because of not having the same experience, they should never act as an expert and advisor. They should refrain from giving whatever advice themselves but instead refer to the real experts in this domain, in this case to be found mainly in East Asia.

That was a severe mistake. Even worse, many scientific experts have made a clear error. If there is any uncertainty, they should report all possibilities.

They had to know perfectly well that countries in the Western Pacific had stopped all flights with China, closed their borders, persistently traced all infections and required quarantine. Not only did they fail to advise this, they didn't even mention this possibility.

The result of so much failure is that they actually welcomed the virus to Europe, and through Europe to the world.

What about the reasoning that most of Europe isn’t an island what would make this policy impossible?

It’s true that Taiwan or New Zealand are islands but Thailand, Vietnam, South Korea or China are certainly not islands. These countries have a lot more inhabitants. Australia could be seen as an island but is also a continent in itself.

What about the reasoning that democracies couldn’t practice this policy?

What's more, welcoming the virus on board of planes meant freedom for some, but only for a few weeks. Soon, this lack of policy dramatically resulted in lockdowns that ended freedom for all and became a nightmare for billions of people. The corona crisis is by far the worst man-made disaster since World War II.

Once the virus enters a country, is it still possible to go for zero-contamination and thus completely contain or even eradicate the virus?

New Zealand, Thailand, Australia, Vietnam, Taiwan - and even China where this pandemic started and the initial response was denial - were able to contain virus outbreaks. Some were very successful in (almost) achieving the goal of  zero-contamination.

Experts in Europe did not even recommend a zero-contamination policy when, in June 2020, contamination rates in many countries were very low, and the dangers of the virus were extremely clear.

What would be the difference in death toll?

If Europe did as well as South Korea or Australia, it would have less than 25,000 COVID-19 deaths.

If Europe did as well as Thailand, fewer than a thousand people would have died.

How would Europe and the world have fared if Europe did not have its own experts?

Although hypothetical, it is useful and even necessary to do this exercise in order to be better prepared for future crises.
Realistically, governments would have looked to Taiwan, Thailand or South Korea - as, say, New Zealand did. So it was quite possible that they were warned much sooner and would understand the need for policies to keep the virus out of their country; and to resolutely opt for zero-contamination as a clear health goal should the virus enter their country.

If experts in Europe made manifest and repeated mistakes, is there anything to blame on governments?

Governments always bear ultimate responsibility because their experts are only advisers.

During all this time, European governments have neglected to look at countries in the West Pacific with a successful approach, confront their own experts with it, learn from it and adjust their policies.

And how should governments in Europe have dealt with their experts?

They should have dismissed their own experts for not once, not twice, but at least three times proving their inability to protect people, societies and the economy.

At first they saw no danger and for a long time continued to consider COVID-19 as a severe flu, secondly they could not imagine that societies should shield themselves from the coronavirus by stopping flights and closing borders and thirdly, they never proposed to eradicate the virus, even when infections had fallen sharply.

In fact, these failing experts were the world's greatest super-spreaders of the virus.

But any health policy still needs a solid scientific basis. Where can we find it?

Governments could and should instead have consulted experts from Taiwan, Thailand or New Zealand. More than ever, it is important to know the insights from countries that have hardly any infections or have even (almost) extinguished the virus.

Is it still feasible to eradicate the virus?

Let's ask their experts these vital questions. Now that there are vaccines, do they continue to aim for zero contamination and thus a virus-free society without the risk of dangerous variants? Is it still feasible to eradicate the virus in European and other countries? Can the world still get rid of it completely? How should that be handled?

Millions of deaths, many more people physically and mentally ill, lockdowns and priceless social, cultural, economic and welfare losses: were they to be avoided? Or certainly for the most part?

The answer is yes, and billions of people have the right to know why things turned out differently and why most of them have to endure the worst but avoidable crisis of their lives. 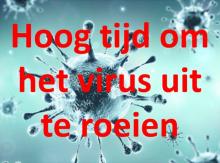 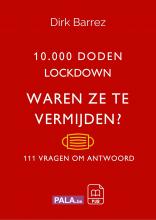 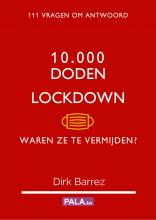 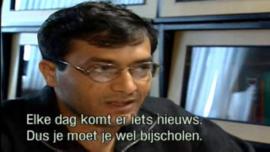