Encyclopedic journalism is the future of mass media

For twenty years now, I have been marvelling at how many mass media outlets fail to inform beyond the loose sand of countless events, short news stories, petty facts, non-events, gratuitous opinions and increasingly misleading reporting, nonsense or even lies... while at the same time there has never been so much opportunity to transcend those current events and make the world more understandable.  A plea for encyclopedic journalism.

The core mission of journalism

What is the core mission of a journalistic medium and all those who participate in journalism? We can summarize that in one sentence: "We make the world more understandable”. Or maybe a bit more wordy: "Inform reliably, interpret and form opinions on what really matters".

This basic question for media is accompanied by a second one. Instead of providing knowledge and control, today's information overload leaves us confused and powerless. Journalistic overproduction restrains journalists from focusing on the essence of the matter or, in other words, from living up to that core mission.

The consequences are predictable, and easy to test for those who want to inform themselves.  You’re far better off with Wikipedia - even though that encyclopedia isn’t perfect either - and with other sources of information than with the majority of  news media. That's even the case for trending news or media hypes, like the storming of the United States Capitol in Washington on January 6, 2021.

Keep in mind that Wikipedia is primarily factual, publishes in numerous languages - to a large extent independently of each other - with a plethora of sources, and is perhaps surprisingly fast for many. Wikipedia also has a great sense of overview, insight and connections and knows how to mediate between divergent views, like with the addition and improvement of critical readers. Nevertheless, Wikipedia also has its voids and weaknesses. But the fact remains that, with a few exceptions, very few mass media outlets can match the information performance of Wikipedia. On top of that, it will sting classic news media that Wikipedia, as the thirteenth most visited website, is overtaking them all.

So be sure to supplement your hunt for information with very precise internet searches. In that way you’ll be more in control. The scarcity, irrelevance, and imperfection of most mass media outlets will strike you even more.

Journalism and the media’s neglect

It’s far more annoying that many media outlets do not even aspire to be as solid as Wikipedia and the few quality media outlets. They neglect their journalistic duty to report on what’s really important. It’s not the journalists’ choice, they’re just tied to media companies where a philosophy of marketing and advertising prevails. It comes down to producing media fodder at the lowest cost that generates the most attention. That’ll put money in the kitty. More than ever, it’s clear that that idea doesn’t match with well-paid journalists who give everything in an independent manner for their profession  and who provide a reliable compass to society.

This is the toll that societies pay when they entrust their mass media almost entirely to the market; especially when public broadcasters and media owned by society also suffer from the same flaws. Everything gets even  worse by the collective devotion to the so-called social media that may be driven even more by profit seeking and the yearning for monopoly. In a media landscape like that, the truth is often completely missing.

Nevertheless, things can be different and professional and quality journalism remains a necessity. Because good professional journalists can provide added value more than ever if they know how to make full use of the digital opportunities that have been presenting themselves for more than 20 years.

Full-blooded journalists are, because of their craftsmanship, best positioned to bring the news or facts much more fully and comprehensively in that digital environment, with much more attention to context and importance. The only condition is that they have to reduce the febrile and short-winded reporting to what really matters, and then combine it with a much more encyclopedic treatment and a thought-out interpretation of the news facts.

Speed is undeniably a solid asset for a journalist. But when given the absolute priority, relevance and reliability of information are the first casualty. Finding a perfect balance between speed and accuracy remains a significant  problem for journalism. Excessive speed increases the presence of errors and above all, there is no time for the estimation and interpretation of the importance, context, cohesion,  reflection and explanation.

So this is a renewed plea for what I called an encyclopedic approach in 2000 in a proposal for the Belgian public broadcaster VRT, my employer at the time. Encyclopedic journalism will allow adept professional and other journalists to transcend current events and act as a true guide of information and even knowledge.

They can provide knowledge and information that is much more complete, much more profound and leads to much better insight, with attention to overview, to history, to background, to explanations, to problems and crises, and equally to effective alternatives... their approach is factual, multimedia related, encyclopedic, explanatory, problem-oriented and problem-solving.

This is how they manage to really live up to their mission of 'making the world fully understandable' . The online knowledge platforms they build, lead mostly a digital life, but can be much more powerful when paired with print publications. It’s essential that journalists allow their platforms to grow into real beacons of information and knowledge, that can become the signposts for our increasingly complex world. This type of autonomous journalism will almost certainly require  media to become much more a matter of society again as opposed to being a matter of the market. But that’s an aspect I’ll not discuss further in this article.

The greatest advantage is perhaps that we can get rid of an incomprehensible practice that has transformed journalism into a farce. As it happens, most mass media phenomena such as climate change, globalization, inequality or migration flows weren’t newsworthy for a very long time ... just as the sixth wave of extinction of plants and animals, sustainability in all its aspects, the urgent need for transition of our welfare machinery and democratization of our economy are all too often  'not regarded as news'.

Encyclopedic journalism offers a 21st century, profound solution that makes it much easier to consistently give necessary attention to these hidden current events. When it comes to the big challenges and crises to society, this topicality deserves the most attention, and cries out for an encyclopedic approach.

The author of this article is editor-in-chief of PALA.be and a former VRT journalist (VRT is the Flemish public radio and television)
This is a translation of the original Dutch article Barrez Dirk, "De mediatoekomst is aan encyclopedische journalistiek, Pala.be, September 23, 2017”.
Michaël Claessens en Jonas Deferm / KULeuven Virtueel Vertaalbureau took care of the translation.
The example of the storming of the Capitol in the US was added and Wikipedia's place in the list of most visited websites has been updated. 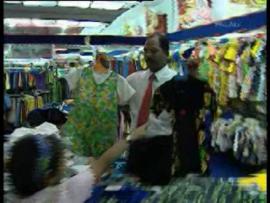